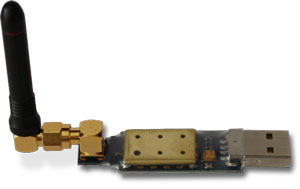 This firmware does not appear to work on CUL V3. There has been changes in the hardware which makes this firmware incompatible

Before you install the firmware, you should have installed the normal USB-drivers for CUL. See the Install CUL USB-drivers-page for instructions.

The CUL-stick has an ATMega32U4 processor on board and it has to be loaded with firmware in order to work. There is a special CUL-firmware developed for NetHomeServer, which works together with the encoders and decoders in NetHomeServer and ProtocolAnalyzer.

The firmware is in a file called NetHomeCUL.hex. In order to install this firmware on the CUL-stick you need the Flip-tool from Atmel. Flip run on both Windows and Linux.

Here is a step by step instruction for how to install the firmware from a Windows PC:

Dowload Flip from the Flip download site and install it, but don't start it yet. Remember where you install Flip, you will need this location later.

2. Plug in CUL-stick in programming mode

This requires some dexterity… Unplug the CUL-Stick (if you have it plugged in). Locate the tiny button on the bottom just below the USB socket. 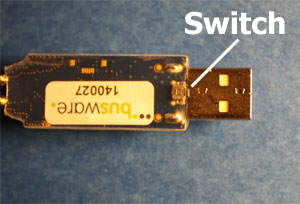 Now you have to press this button and keep it pressed WHILE you plug in the CUL-Stick. This is easier if you have the CUL-stick connected to an USB extension cable. In that case you can press the button with one hand and then plug the other end of the cable into the USB socket on your computer with the other hand. If you succeed windows will discover new hardware - then you can move to the next step. The LED on the CUL-stick should not be on. 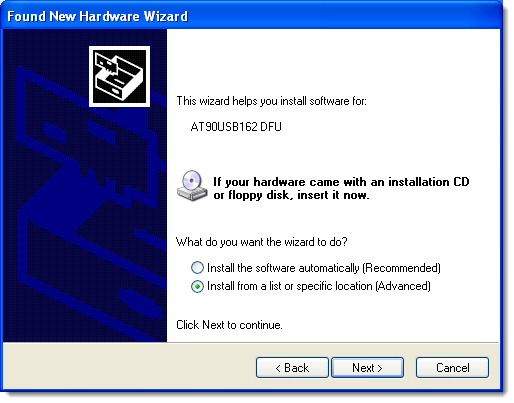 When windows asks for the new drivers, select to install from a specific location and browse to the location where you installed Flip, there you will find a folder called usb (for example: C:\Program Files\Atmel\Flip 3.3.4\usb). Select this folder and let Windows install the drivers.

Now all buttons in the interface should become active: 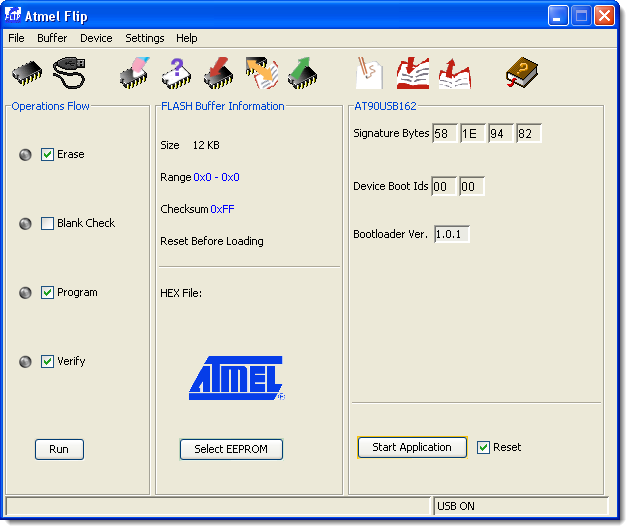 It might be a good idea to start by backing up the current firmware.

Now its finally time to write the new firmware

The new firmware is now installed!

To run the new firmware, unplug the CUL-Stick and then plug it in again (without pressing the little button). The Led should now start blinking!